I was talking to a friend of mine who is going backpacking this weekend. Knowing I probably wouldn’t be going with him due to schedule conflicts (which is indeed what happened), curiosity was still wanting to know his trips plans. In my email to him, I asked, “You’re not going to Linville, are you?”

“Bro, we’re going to Linville for two nights and just hanging around Babel Tower!!” Jealous. I love Linville Gorge.It might be my favorite place ever, and it is with great fondness I recollect Babel Tower because that was my first trip down into that big ditch. Area to grow in: rejoicing in good for my brother (semi-easy) WHILE not having a pity party for me (very hard).

The conversation continues and he tells me that next yea he’d like to plan a 5 or 6 nighter backpacking trip. Whoa, that’d be sweet. Then he drops the bomb…”Somewhere like Yellowstone. If we don’t start planning it now, it will stay a pipe dream. Let’s just go for it!” Staying in character for big adventures, I suggested Zion National Park to go to Angel’s Landing and The Narrows. So that’s what we’re planning.

From Greenville, SC, Utah is a long ways away. Especially Zion, on the west side of the state. I toyed with the idea of what it would take to drive there versus flying. 2,100 miles (roughly) and approximately 34 hours of driving. Ouch.. This will have to be by air.

Yellowstone and Yosemite and Glacier all look like awesome and marvelous places, and a trip to any of them would be amazing. For some reason, Zion holds a peculiar interest to me. Perhaps it’s the ascent to Angel’s Landing and then the descent into The Narrows, from the heights to the depths, that holds me to some romantic outdoors vision of a desert oasis adventure. Perhaps I’ve just seen the scenery and it looks like an awesome place. Perhaps it’s because of all the places I’d like to go, Utah doesn’t have grizzly bears (as far as I know!).

Why not Canyonlands, Bryce, Arches, Capitol Reef, Goblin Park, or any of the other awesome scenic places to visit? Perhaps, for just some reason, I am simply captured for Zion. 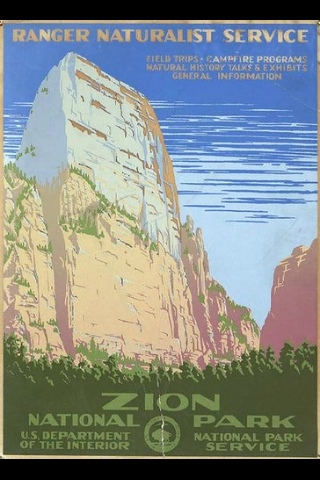