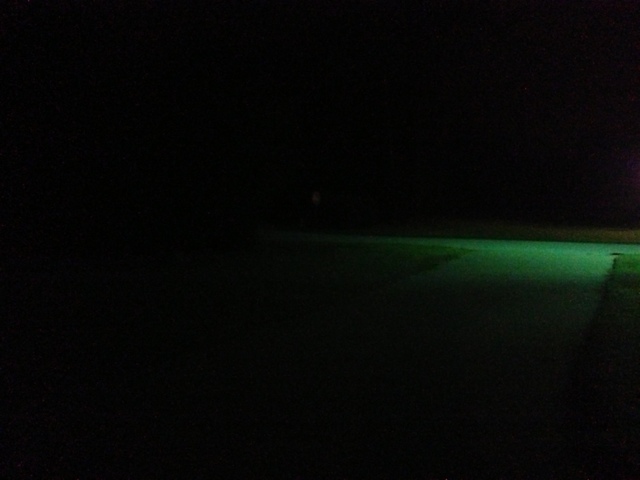 The other night, I heard a song by Tool on the radio that I once loved. To my surprise, even though it has been nearly 10 years since I last heard the song, I still remembered 90% of the lyrics to it. The lyrics describe his disgust with a certain section of California and the people who live there, climaxing at hoping an earthquake will cause the land to go down into the ocean carrying the inhabitants with it. Flush it all away. He sings “One great big festering neon distraction, I’ve a suggestion to keep you all occupied – learn to swim.”

As I listened to the song jam on, I remember thinking, “Wow, this is dark.” I mean, I knew it was then, but maybe I’m just seeing it with new eyes. It was so pointed, full of venom and hate. This is what I fed myself. This, and worse, was the preaching I listened to in the late 90’s/early 2000’s. Growing up in a Christian home, I would have told you my heart and mind and mood wasn’t affected by it. This was straight rock and roll, and to be honest, it really does jam. I’m not going to sit here and type out lies to you that the music doesn’t have any appeal to me, because it does. The problem is that there is heart poison on that apple. Feeding on these things over several years gained me a worldview that could be summed up succinctly by Marilyn Manson, another old favorite band of mine: “I wasn’t born with enough middle fingers, I don’t need to choose a side.“
This is who I was. Outspokenly cursing the world around me, and add into the mix a full blown unapologetic racist and bigot, waiting for the ground to give way into the open water while I nihilistically stood over the population in judgment sarcastically counseling them, “Learn to swim.” With fist high, digit raised, I was letting people know what I thought of them. That was life.
In 2005, God interrupted that life. Since, I have learned that people are created in the image of God, each person uniquely (though still tainted with sin) reflecting attributes and facets of our Creator. Each person is due respect and dignity, because every man and woman and child is made in God’s likeness, bearing his image, broadcasting to the world around them ways that God is like. Can you see how grievous sin is? Don’t you think this would put me in debt with God, committing these treasonous crimes against his name? Even without being a Christian, I still bore the image of God and with my life I was telling people that God is saying to us, “Learn to swim.” This couldn’t be further from the truth. While we were drowning in sin, Jesus took on human flesh while remaining God to offer himself as a ransom for a people who had only given the world around them false and distorted images of God. In Jesus, God gave up his son into the hands of evil men so that some may be rescued. That is a far cry from telling humanity to learn to swim. That’s throwing the only lifeline.
So what was I living for? This has really come around from originally wanting to say how things affect you (I’ve been humming that song over 24 hours now), and how we are all listening to preaching in some form or another, whether through music, movies, the news, advertising, and more. It’s turned into a filleting of myself. I can’t really come down on some music for its content when my heart was full of more darkness than what is visible from a few minutes of singing. An old school punk band Crux once sang, “Where I focus my eyes is where I’m led in time.” There is a lot of truth to that. A lot. Read it one more time. “Where I focus my eyes is where I’m led in time.“
Each of us holds two worlds in their hands, and we weigh Jesus against everything else. We can hold onto (in my case) self-righteousness, greed, sex, and misanthropy. Those were the altars I worshipped at. We have to ask ourselves, like I did, who do I say Jesus is? Since I’ve been quoting a lot of lyrics in this post, why stop now. More recently, Theocracy sang: “For if the key to life is right here in my hand, why would I trade it for an hourglass of sand?” Why would I trade Jesus, who is of infinite value, for a life of misanthropy? I can’t tell you why I thought my hate was worth it, other than my eyes were blinded. I once was anticipating the destruction of the world as it went up in flames; now I am anticipating the restoration of the world, where wrongs are made right and that which is crooked is made straight. This is not being a good person, or getting a little religion; this is “God happened to me.” Who do you say Jesus is?
We give Jesus our sin, Jesus gives us his righteousness. What I laid at his feet was not any sacrifice for what he laid on me.
We implore you on behalf of Christ, be reconciled to God. For our sake he made him to be sin who knew no sin, so that in him we might become the righteousness of God. (2 Corinthians 5:20b-21, ESV)