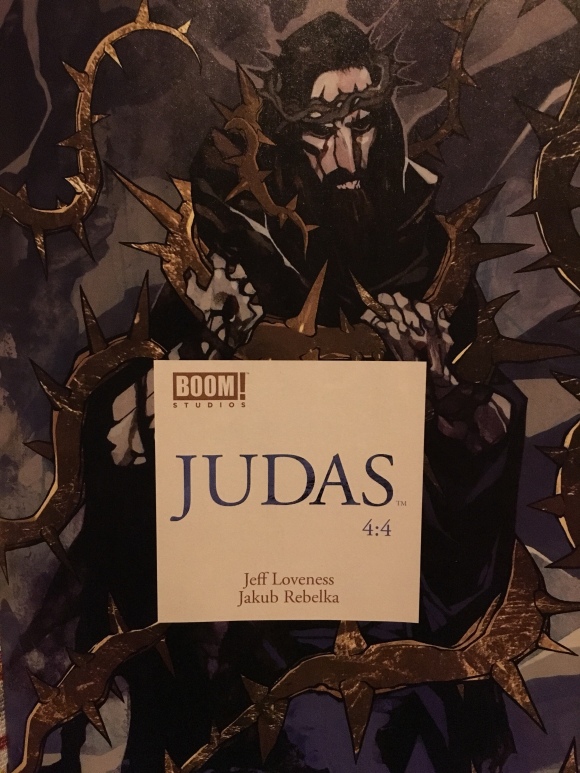 March brings us the finale to BOOM! Studios comic mini-series of Judas, an imaginative and exploratory new telling of the events leading up to and after Judas’s death. **This will contain spoilers.**

If you missed my thoughts on the prior issues, you can read 1 here, 2 here, and 3 here. You’re now reading 4.

The final issue treats the reader to some of the best artwork Jakub Rebelka has brought to this series. What started to build in the 3rd issue comes to fruition with bold and contrasting color palettes to tell the dramatic culmination of this story.

It seems that Judas finally has his head on straight and is thinking clearly. Jesus has been taken to the deepest depths of hell, beyond the beasts of John’s revelation. He is being held where all hope is gone. Jesus needs a savior.

In this inner circle of hell, Judas finds Jesus in his weakest state yet. Deflated into a shell, he is also defeated and depressed. He has believed the lie. “Lucifer was right. He was always right. The story is broken.” Then, as Judas sits by the limp Jesus, lost in the defeat of his friend, the story begins to shift. The reservoir of Judas’s accusation has been completely emptied, and now what is left?

The Father has been testing. The Old Testament recounting of Abraham sacrificing Isaac that prophetically points to Jesus is reshaped to suggest that God has been testing himself on a small scale to see if these things could be done. Could a father truly give up his son? To give him up to a place where the Father could not follow, where he would be alone?

But wait, Jesus is not alone. Judas is here. Judas has been sent before him, to be with him. When Jesus is weak, Judas was intended to be next to him to make him strong. Is this the grace of God, Judas asks himself? Is this his purpose, his story? In this section, we do find the answer to the close relational death Judas experienced in the first issue.

One thing is holding Jesus back. There is one sin that is keeping Jesus defeating death: his own sin of making Judas the villain in the story. Satan steps back in, seeing that he is about to lose what he has worked for, and Judas turns his doubt toward Satan and regains his faith in Jesus. As the betrayed and the betrayer are about to be overcome, Judas utters, “I forgive you.” In a dramatic change, light enters the darkness. Jesus’s power returns, and the gates of hell have been broken.

God raised him up, loosing the pangs of death, because it was not possible for him to be held by it. – Acts 2:24

Even if this comic entertains the possibility of Jesus being held by death, there is no escape for Judas. His black and broken halo remains, and Jesus goes where Judas cannot. Judas is not bitter, though. Even in death, he is watching the story continue on without him, but is comforted in love. Judas’s identity will always be the villain. He will always remain as broken as the story he finds himself in. In truth, Judas comes to the conclusion that there is more to our story than we know. 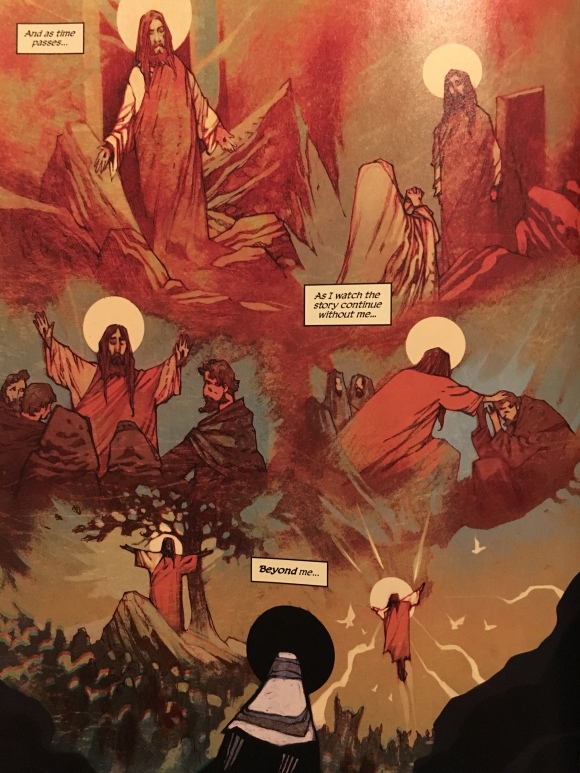 Judas, even in death, finds redemption in love. He doesn’t escape the dark wasteland he finds himself in, but he chooses to love. His bitterness towards Jesus is gone, his resentment of the story is no more, and in a bizarre turn that I was not expecting, we find Judas echoing the beatitudes and becoming the Christ of hell. 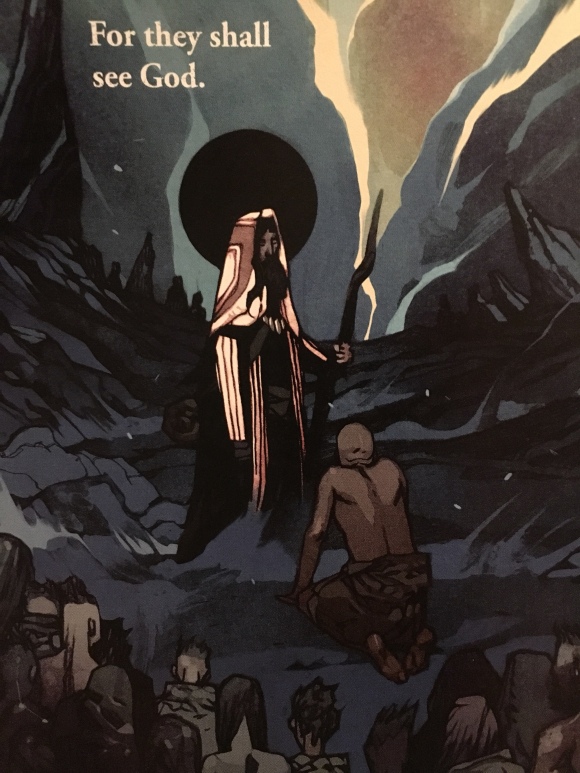 Final thoughts on the Judas mini-series

I’m reminded while reading that this series is called Judas, not Jesus. Jesus, while an integral part of this story, is not the focus. I found him quite uninteresting, drained of being fully God and fully man. The story started strong, with the heavy emotions and accusations that Judas was wrestling with. Even as Judas was trading words with the Satan, there was clever dialogue in the way that Satan was guilty of the exact things he was accusing Jesus of but disguised it with sleight of words. When Jesus entered hell, and lost his godhood (with a show of his words fading from red to black), the story took a turn which felt like an Academy Award winning movie doing something for the sake of being artistically provocative that wasn’t compelling. From the beginning, with the uncomfortable juxtaposition of Judas and Jesus, there was a tell in this ring the way the story would go. Artistically, the resurrection of Jesus was great, but without any significance, why should I care? Again, this is a story about Judas, and not Jesus, but as I closed the book, it was just not satisfying.

Even from an angle of something I didn’t line up with, the story that was told didn’t seem like it was a story that had to be told. It felt like art for the sake of art, and not much driving it beyond that. I stated at the beginning that this mini-series could be considered a good gift, but I’m not entirely convinced of that at the end of the tale. It falls flat. There may still be value in the discussion that can come from shared readers, but on what authority can any conclusions be tested against to be found true or false? 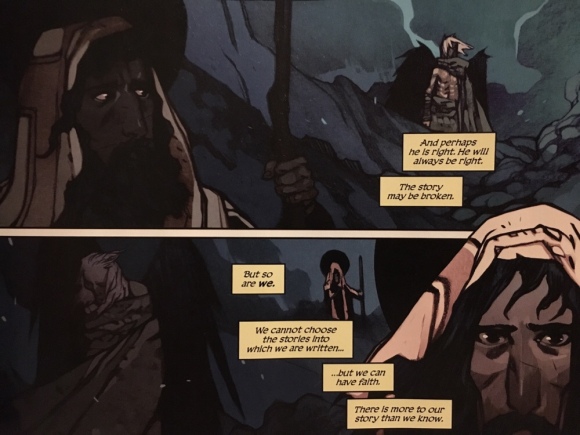