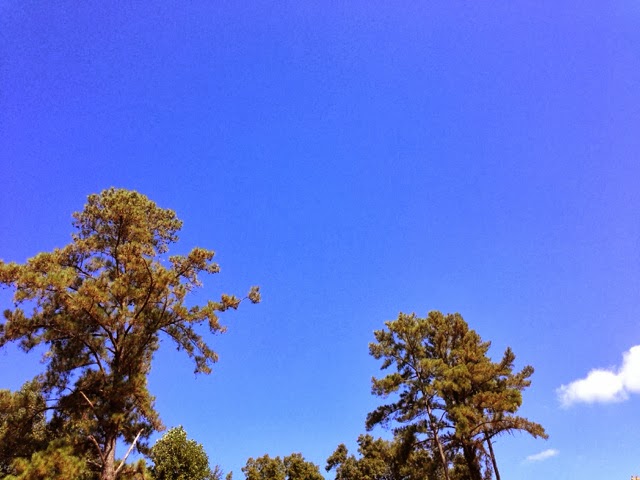 Before I start, let me say this post is not directed at anybody specific. If anyone, it’s introspective; however, the theme of freedom has been playing out in several conversations I’ve had with several people lately, so it’s time to ask some questions because I think in all honesty this pertains to more than just me.
A lot of things come to mind when I hear the word freedom, but a quote from Dave Ramsey, which I’ll paraphrase since I can’t  remember it exactly, seems to ring the loudest: “What does one do when they don’t have any debt? Anything they want to.” I don’t know about you, but that sounds pretty dang good to me, especially since I feel like I’m wearing some of those shackles myself.
We spend our days and months and years fighting and clawing for that which we think will give us our freedom: money, savings, retirement, medication, success, education, promotions, a house in the mountains or at the beach, vacations, cruises to exotic countries, or a giant pool in our backyard. We label those things freedom, and we make them idols, sacrificing to get them. And for what? A family that barely sees and knows you, a huge pile of stuff, a giant property that takes your freedom because you either have to maintain it or pay someone else to, and you’re still left wanting. We can think of idols or demon gods like Molech in ancient times that people sacrificed their children on the altars of, but are we really any different? We sacrifice our wives, husbands, kids on the altar of career and education and more stuff. I sacrifice my family so I can do __________. Sounds like the same ballpark.
We all want freedom so badly. Whether it’s freedom from work, sickness, debt, addictions, suffering, depression, pain, mortgage, government, taxes taxes and more taxes, we all want to taste the sweet air of freedom. This is something we all share. I propose that we all share this because we all share something even deeper, that we are living in a world where sin still exists. Martin Luther defines sin as “the self bending in on the self.” Sin is chains and slavery and the opposite of freedom.
In all honesty, I don’t think our deep desire for freedom is a BAD thing. Mark Driscoll has said that when a good thing becomes a god thing it becomes an idol. An idol would be something that we give ourselves to in hopes that it would provide heaven from our hell. It’s when we go about looking to find a savior that cannot save is when our worlds start crumbling. Or maybe it’s a case of wanting the created over the Creator. Is it that we ultimately want freedom more than we want the only One who can offer it? That would be like marrying someone only for the sex without building any relationship.
Come to me, all who labor and are heavy laden, and I will give you rest. (Matthew 11:28 ESV)
This is the message that Jesus gives. He is saying “Come to me, and I will give you freedom.” While many good things can give us some rest as gifts from God and foretastes of heaven, nothing will ultimately give anyone rest like Jesus. It is worth noting, however, that Jesus will never give us our idols. He will never allow us to be satisfied with that which cannot. We will never find freedom in that which enslaves.
If you are wondering what that is all about… the best counsel I can give is another from Jesus himself.  Either this or the previous verse would be excellent places to start.
And I tell you, ask, and it will be given to you; seek, and you will find; knock, and it will be opened to you. For everyone who asks receives, and the one who seeks finds, and to the one who knocks it will be opened. What father among you, if his son asks for a fish, will instead of a fish give him a serpent; or if he asks for an egg, will give him a scorpion? If you then, who are evil, know how to give good gifts to your children, how much more will the heavenly Father give the Holy Spirit to those who ask him!” (Luke 11:9-13 ESV)

Every day life is difficult to navigate, especially when I start to see how painfully weak I am in the day to day. As a Christian, it is my desire to see the Gospel permeate every aspect of my day to day, and not simply showing up for church on Sunday out of some lame excuse like “showing respect.” That’s garbage. So what are some of the things that demand part of me and what are things that grasp as the leftovers, and where do each of those things overlap or usurp the other? Already, it’s becoming clear that much wisdom is required to navigate the day to day paths of life. Wisdom I seem to not have…or at least not use.

I’d love to see my priorities line up in this order: Christian, Husband, Father, Employee (I stole that from Mark Driscoll). Then everything else falls where it may. Unfortunately, that is far from reality. I will typically top that list out with Myself. Then while in church yesterday, instead of connecting with the truth we were singing about, my heart was far from God and my mind was focusing on the upcoming Linville Gorge LNCW trip, and then stayed there for most of the remainder of the day. At least I wasn’t giving into covetousness and thinking about all the ways I can get an iPhone5, right? Wrong, I’m pretty sure.

It’s difficult to navigate life as an idolator. I know. I am frequently lost, bypassing God, stepping on those around me and pushing my family aside like they are some sort of obstacle to my true passions. If that sounds horrible, it’s because it is.

Last week, I awoke to a rare moment of Scripture being the first thought in my head. “Your words were found, and I ate them, and your words became to me a joy and the delight of my heart, for I am called by your name, O LORD, God of hosts.” (Jeremiah 15:16 esv)

A joy to me and delight of my heart. Isn’t that what I chase after in any thing? Isn’t that what fuels my pursuits in relationships, adventures, and finances? “If only…then I’d be happy.” Here, God is promising that joy and delight is found in the Bible, the direct revelation of God himself to humanity. This passage goes on to say that joy is found by being called in God’s name. This verse is a really good place to camp out, because you could unpack it and the ramifications for a while.

What does any of this have to do with pathfinding, other than I am totally lame at it when it comes to life and things that TRULY matter (unlike which ledge I should use in an upcoming hike). The Bible gives us these revelations in Psalms:

What can I conclude from all of this? If I am pursuing God by finding joy in the Bible as I learn more about who God is, I will sin against him less (LESS, as I will be a winner until I see my God Jesus face to face). If I am sinning less against God, then I will be sinning less against my wife, kids, friends and co-workers, because all sin is first and foremost an offense to God (another good place to camp out). I will not pursue vain idols and interests and hobbies and pleasures to the expense and neglect of God and my family.

There was a punk back back in the 90’s called Crux, and one of their songs closed with the lines “Where I focus my eyes is where I’m led in time. Please I plead give freely to the strength I need to keep my eyes set on You.” Amen.

Lord, help me to love You more, because I am weak and wicked and prone to wander. Grant me desire and not through Your word and knowing You, so that I might reflect You brightly instead of my sin so shamefully. Help me to keep my eyes and heart set on You, and let me be filled with You, that I may love You and enjoy You forever.