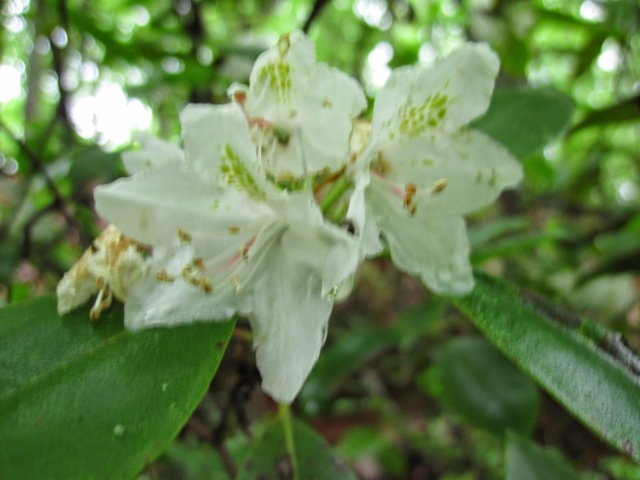 This road of being a Christian is a rocky one, full of mountain highs, valley lows, hidden pits, stinking bogs, and open fields. Where I’m at right now is kinda like where I was 10 years ago right after God interrupted my life, but different. Then, I hardly knew God beyond His saying, “Trust me.” I didn’t know what that would mean then. Now, I still don’t really know what that will mean in the days ahead, but I do know God a whole lot more. I know that God is good, and I know AND feel that God loves me. I may not know what the next step will be, but I know the Lord. Beyond that, there is a little bit of clarity for me in what’s going on because certain themes have just been present.

One of the resources I found helpful, outside of the Bible, is a book I read a few years ago called Seeing and Savoring Jesus Christ, by John Piper. It’s available as a free download if you wish to read it for yourself. My plan is to reread it again this year, as the theme of being satisfied in Jesus is at the forefront of where God has me right now. The Digital Age sings in their song Captured, “I’ve never felt more found than when I’m lost in You.” That is where I’m at, and it is a place of wonder and marveling. They also cover a song called Fall Afresh, which is what I’m desiring my prayers to look like: “Spirit of the living God, come fall afresh on me. Come wake me from my sleep. Blow through the caverns of my soul, pour in me to overflow.” Yes… that is simultaneously where I am and where I am not yet, but desire.

What a ride it has been. This is all swirling around, not merely for my own souls satisfaction, but to be a loving overflow. In January 2005, God loved me, then he stopped me, and said, “Trust me. Rest in me. Follow Me. Love me. Be satisfied in me.” The most loving thing I can do is to ask you… will you do the same? Do you feel the tug on your heart? Do not try to extinguish what God is stirring, but ask God that he would give you the eyes to see and a heart to love and rest.

In January 2005, I was fast asleep. Perhaps more appropriately, I was dead asleep. God knelt down, got right in my ear, and gently said, “Wake up!” I was disoriented, and wondered what the heck had just happened to me. My path was altered, my life was lovingly interrupted, and I had no idea where I was going. 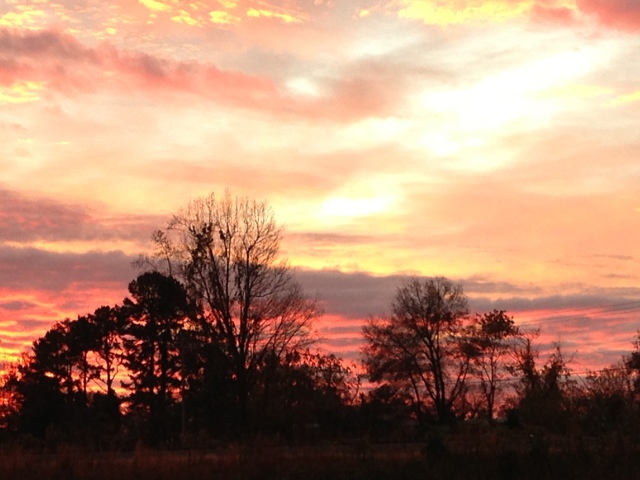 I have been hearing this Latin phrase soli Deo gloria, and it struck me. The Lord, Yahweh, I AM, Maker of Heavens and Earth, is where the buck stops when it comes to glory. He is big. He is mighty. He is what it’s all about. Do the mountains and seas and skies and valleys have any glory? Only that which is given to them by the Father.

We seek glory and majesty. We have to have mountains. We have to love near the water. We want the sunrises and sunsets. We have to have sex (where we behold the glory of another AND seek our own). We have to present ourselves in ways that lift ourselves up. We have to have a promotion. We cannot bear shame, scorn, or the truth that we fall short in any area. We are not God, nor or any of the things we put in his place (read: idolatry). God alone is able to withstand and bear the weight of glory. Every thing that we try to make God that is not God will crumble under the weight of trying to be God. Try fulfilling all of the characteristics of God to your spouse and see how long it takes for you to realize you are not.

James 1:16-17 says, “Do not be deceived, my beloved brothers. Every good gift and every perfect gift is from above, coming down from the Father of lights with whom there is no variation or shadow due to change.”

As I love the outdoors, which is much of what I cover here, this is something weighty to consider. When I stand on the cliffs of the Linville Gorge and behold sights that take my breath away, it is not enough to merely be in awe of the scene. If the glory of Linville is an end in itself, it falls short. The infinite God of the universe has carved this rugged and majestic gorge out by simply stating it “Be.” Our amazing daily paintings of sunrises and sunsets in the sky are simply because God said “Be.” If we behold the glory of creation, we are doing it and God wrong if we do not finish our sentence with soli Deo gloria. To God alone be the glory.

God is glorious. God is also holy. This means that he cannot bear the presence of sin, like when you and I have failed to ascribe glory to him when it was due, and gave that glory to something else. THIS means that we have said to ourselves and God that he is not worth all glory, and belittled the name of the One who has formed the cosmos. Matt Chandler says in his book The Explicit Gospel, “you cannot be sinful and get near God. It doesn’t work. God’s holiness will incinerate you.”

So what is the problem? Jeremiah 2:12-13 tell us. “Be appalled, O heavens, at this; be shocked, be utterly desolate, declares the Lord, for my people have committed two evils: they have forsaken me, the fountain of living waters, and hewed out cisterns for themselves, broken cisterns that can hold no water.”

Glory to God alone… So we are in trouble when we assign glory to men, women, children, money, mountains, oceans, beaches, valleys, fame, fortune, reputation, relaxation, security, houses, cars, alcohol, smoking, knowledge, science, celebrities, politicians, the government, policies, causes, sex, relationships, Buddha, Maher Baba, Mohammed, the Virgin Mary, being a good person, methodology, parenting, vaccinations, immunizations, schedules, homeschooling, our good works, the environment, the wolves, the whales, dogs, cats, events, work, play, recreation, respect, health, wealth, prosperity, our business, freedom, traditions, preferences, fear of what other people think, writing a blog, or a host of other replacements mankind is constantly inventing. We have forsaken God, and sought our hope and glory and pleasure in anything but him. So now what, that we have all offended our Creator? Romans 2 tells us that if we continue on in this manner and presume on God’s kindness to save us because “that’s what God does”, we are storing up wrath for ourselves. Who’s wrath? The wrath of the one we have offended. Brothers and sisters, we are ALL in deep dookie here.

But there is hope! It is revealed to us in Romans 5:6-8 that, “For while we were still weak, at the right time Christ died for the ungodly. For one will scarcely die for a righteous person—though perhaps for a good person one would dare even to die— but God shows his love for us in that while we were still sinners, Christ died for us.” This means that the chasm between God and man, created by man’s offense, has been bridged because Jesus Christ the Son of God, fully God and fully man, has paid the penalty that was ours to pay.

You have heard people say repent, and I will say it again, shouting it the loudest at myself because I have repeatedly offended the Creator of the Universe. Repent means to turn away, turn around, a reversal. It looks like saying, “God over all! I have given glory to things that do not deserve it, and ascribed glory to things to which glory was not due. All glory belongs to you alone! I am guilty. The Bible tells me that you sent your son to die on a cross, bear my wrath, take the penalty I deserved, and rose from the dead for my life. Father make this true for me. Forgive me for trampling all over your great and glorious name, and help me to live this out by your power alone, not mine, so all glory will continue to be given to you alone. In Jesus name, amen.”

So now here is the kicker. Lets retrace briefly: you are a sinner who has robbed God of his glory, which God will regain either by pouring his wrath out on you or out on Jesus. You trusted in Jesus! Now, instead of bearing guilt over your cosmic treason, you now rejoice in your cosmic adoption into the family of God! We learn in Galatians 4:4-7 “But when the fullness of time had come, God sent forth his Son, born of woman, born under the law, to redeem those who were under the law, so that we might receive adoption as sons. And because you are sons, God has sent the Spirit of his Son into our hearts, crying, ‘Abba! Father!’ So you are no longer a slave, but a son, and if a son, then an heir through God.”

Further yet, we can lay claim to verses like Psalm 16:11 because we are no longer enemies of God and can approach him with confidence as his children: “You make known to me the path of life; in your presence there is fullness of joy; at your right hand are pleasures forevermore.” There is rightly no more fear of God for those who have trusted in Jesus. Now instead of the glory of God being the weight of the case against us as sinners, the glory of God is our pleasure, and this pleasure is not one that is fleeting. It is not but for a moment like standing on a mountain top, and then fades as we long to once again stand and behold a behold a reflection of glory. The pleasure of the glory of The Lord is ever satisfying. Drink.

John Piper restates the Westminster Confession and says, “The chief end of man is to glorify God by enjoying him forever.” May that be true of all of us, and if it is, it is to the glory of God alone.

(All Scripture quoted is from the ESV, English Standard Version)